The Blair Freeman Group specializes in being a ‘one stop shop’ for a vast array of construction projects. The group, based in Omaha, is equipped to tackle residential and commercial projects, including both new construction and renovations.
President Ashley Kuhn and vice president Maranda Adams hang their hard hats on customer satisfaction, which they believe is the driving force for their growth. In their first year, they completed 38 projects, and grossed around 14 million dollars.
Adams noticed that, during her 12 years in the real estate industry prior to cofounding Blair Freeman, the contracting industry was rife with pitfalls. Issues such as a lack of transparency in the building process and contractors not being knowledgeable about every phase of a project made her realize there was a niche to fill. “One of the reasons we got into this industry was because we felt it was too easy for it to be that hard,” Kuhn explained.
And Blair Freeman does make it look easy. In the three years they’ve been operating, they’ve seen nothing but growth. Their first year, they completed 38 projects and made about $14 million. Blair Freeman has been trusted with projects ranging from renovating the event space at the Marriott Downtown at the Capitol District to the Highlander Accelerator Dining Hall in North Omaha. Major commercial construction projects are, however, one facet of Blair Freeman. Those visiting their website will notice a page called the “Renew Crew,” where potential customers can schedule a one-hour, free walkthrough with a member of their team, who will then assess the work needed to the property, and provide a rough estimate 24 hours later. “We don’t want to put ourselves in a box,” Kuhn explained. “If we are on the right path, we will be a household name, and will be mentioned in the same breath as larger companies. We are trying to create that kind of legacy.”
Some of the keys to their success include a proactive philosophy when it comes to task completion, their combined 20+ years of experience in finance and real estate, and a knack for clear, consistent communication. This latter quality is helped by the obvious synergy between the two founders. They originally joined forces because they both saw an opportunity in the construction industry, and felt that they had complementary skill sets. After working with one another through the years, however, they forged a tremendous friendship. They speak of each other in glowing terms. “Ashley is one of the most helpful people I’ve ever met,” Adams explained. “She’s a born leader. A leader that makes other people better.” Kuhn talks about Adams in similarly glowing terms: “Maranda has an amazing personality. I’ve never met anybody that doesn’t like her. She has also taught me about not procrastinating. She gets stuff done. Maranda will get it done, no pause, no question. She is all about right away.”
“We genuinely enjoy coming to work and seeing each other,” Kuhn said.
The two don’t dwell on the fact that they are women in a male-dominated industry, but they do believe in the importance of mentoring women who are interested in construction. To women considering a career in construction, Kuhn sends a very clear message: “Call us. They’re waiting for you. There’s a misconception that women aren’t wanted in the industry, that’s not true. Go get it.”

Sarah Smith-Cano, co-owner and lead designer for Omaha-based Rooforia Home Exteriors, witnessed an a-ha! moment when she gave birth to her first child. At the time, she was working successfully at a job she enjoyed, but didn’t love. It was at that point that she decided to make a change.
“When I had my first daughter, I didn’t want to go back to the corporate world,” Smith-Cano explained. “If I had to be away from her, I wanted to do something I truly loved doing.”

Five years later, she and her husband, Jorge Cano, run Rooforia Home Exteriors, a rapidly growing company based in Omaha. “Five years ago, we started on a whim and a dream, and we’ve now grown to 46 employees,” Smith-Cano said. Rooforia has tackled a wide variety of projects, ranging from residential projects to hospitals (such as the exterior of the VA Medical Center in Grand Island) to General’s Row, a housing development at Offutt Air Force Base. Smith-Cano explained that they pride themselves on their uniqueness. “We always try to differentiate ourselves,” Smith-Cano said. “We try to be more than the typical face of the construction industry.” One way they do this is by paying careful attention to project and client details. Cano has over 18 years experience in the industry, and Smith-Cano makes relatability a priority. Smith-Cano thinks that the ability to relate to clients on a personal level is a major value for the company. “I have kids at home, and I know how it is doing a project around the home,” Smith-Cano said. “I know I don’t want somebody knocking around the door during dinnertime. We really try to think about what our clients want and need.”
Smith-Cano said another element of their uniqueness can be found in the company’s mission statement, which puts a great emphasis on giving back to the communities they work in. “In our mission statement, we have set the goal that we will make every neighborhood we work in better. Every year we contribute a percentage of our proceeds and do free exterior projects through our Raise the Roof program. The first year we did one. This year we will do four.”
As far as being a woman in a leadership role in a male-laden industry goes, Smith-Cano said she is proud to be part of the changing face of the industry, as opportunities abound for women in the field. “We just hired a woman who went to Creighton. She was working at a law firm, and working at an exterior renovation company was the last thing she thought she would be doing—but now she loves it. If it’s something you are passionate about, you should go for it.”
Visit blairfreeman.com and rooforia.com for more information. 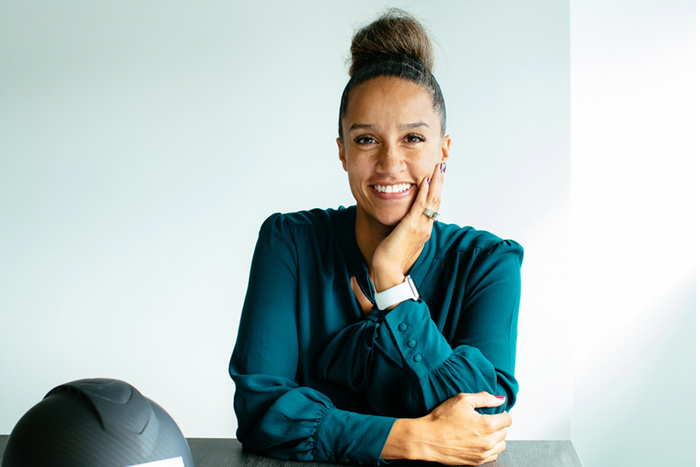