The Youth Emergency Services outreach office at 26th and Harney streets looks almost exactly like one might imagine an after-school hangout spot would for young people. A wall is decorated with art; a 12-pack of Pepsi, bottles of water, and Snapple—as well as chocolate-chip cookies—await visitors. A few computers are set up to help kids apply for jobs, and a corkboard is filled with flyers promoting legal aid services, the Nebraska AIDS Project, and resources to fight human trafficking.

On a Saturday afternoon in August, shortly after YES closed its doors for the day, Cindy Goodin looked around at the empty space. Goodin is director of program services at the organization. Like most businesses, YES had to adjust to COVID-19. Disinfecting wipes and sanitizers are placed at almost every gathering space. Because of the pandemic, YES had to also cut its operating hours. As a result, fewer kids drop by.

To compensate for the reduced hours, YES has run mobile pantry services. In addition to feeding homeless youth and offering a spot to escape the heat or cold, YES helps youth who are on the verge of homelessness.

The Trump administration offered a brief respite for renters in September when he issued an executive order that provided a moratorium on evictions through the end of 2020. Still, for those in the foster care system, homelessness remains an overarching threat, especially for those who age out of the foster care system at 19, when they reach the age of majority, the age that Nebraska considers the person an adult.

Goodin has been at YES for 23 years. She believes the foster care system in Nebraska has done a much better job in the past 20 years when handling those who age out of the system than when she first started. According to the Nebraska Foster Care Review Office’s annual report published in September 2020, 130 young adults aged out of foster care without being placed in a home, down from last year’s number of 143. When Goodin first started at YES, she said most of these youth would be taken to a homeless shelter, and that would be the end of their care. Goodin recalled one case that reflected how youth were handled almost 20 years ago.

“I was so distraught because this young person, before he came to us, didn’t even know how to make mac-and-cheese,” Goodin said.

Today, there are more programs available to help these young people transition to adulthood. Organizations such as YES and Project Everlast help individuals find employment, education, and, most importantly, housing. Most programs are offered for youth aged 19-21. However, as increased medical and psychiatric studies show that the brain isn’t fully developed until the age of 25, there are more people who are calling for these types of programs to be extended beyond age 21.

The majority of youth in the foster care system are there because of neglect, which the Nebraska Foster Care Review Office broadly defines as “…the failure to provide for a child’s basic physical, medical, educational, and/or emotional needs.” In general, neglected youth will likely suffer from mental illness. In 2020, 48% of Nebraska children in foster care had a mental health diagnosis. However, that number grew to 71% for children aged 13-18. Of those adolescents, 54% were prescribed at least one psychotropic medication (which includes antipsychotics, anti-anxiety, and antidepressants) and 32% of those youth were prescribed more than three psychotropic medications. The same report stated that nearly all youth who were in a Youth Rehabilitation Treatment Center were diagnosed with a mental health condition.

A person’s mental health is one of the biggest indicators of how long it will take them to live independently. Goodin said if a person comes to YES with all the necessary skills to live on their own, it could take as little as six months to properly transition from foster care to independent living. However, if a person suffers from a mental health condition, it could take more than a year to adequately prepare someone for adulthood, she said.

Like YES, Project Everlast’s office at 71st and Mercy streets has seen a lot less in-person activity during the COVID-19 pandemic. The organization works primarily with youth up to age 25. Phillip Burrell, associate vice president at Project Everlast, said that during the peak lockdown times this past spring, the organization went almost all virtual, reaching out to youth via Instagram, Twitter, Facebook, texts, and Zoom meetings.

Project Everlast works with Family Housing Advisory Services to provide financial help to those who have aged out. One such initiative, the Opportunity Passport Program, provides a 3-to-1 financial match for expenses such as a car. Thus, if a person saves $2,000, the program matches with $6,000, allowing a person to purchase an $8,000 car. Burrell said that initiative helps establish basic life skills like savings—something that is usually taught by a trusted family member.

“A lot of the young adults who have experience in the foster care system don’t have that family member that they can lean on to help them purchase that first vehicle to really get established in the world,” Burrell said.

While transportation assistance is a common need for youth who age out, Burrell said their biggest need is usually housing. Youth looking for their first place find the up-front costs can be a significant challenge given that, in addition to rent, a deposit and first-time utility setup fees are needed. Along with new renters, there are those who have fallen behind with their rent payments. Project Everlast offers a grant of up to $750 that can be awarded to young adults to either find a new home or keep their existing one. The goal is to prevent homelessness, Burrell said.

“This is trying to stop that snowball at the top of the hill before it turns into a bolder at the bottom of the hill,” Burrell said.

Just as COVID-19 has caused Project Everlast to limit its in-person interactions with youth, the pandemic has increased demand for their services. Burrell said he has seen growth in the need for financial assistance because people have lost jobs or had their hours reduced. Others have expressed concern about their own job not keeping them safe during the pandemic.

When someone initially comes to Project Everlast for the first time, Shalisha Walker may be the first person they encounter. As a Youth Engagement Specialist, Walker consults, refers people to aid services, and runs leadership workshops. Project Everlast gives first-time visitors a voluntary assessment of their needs to find out what their goals are. Walker stressed the importance of empathy, especially when she sees someone for the first time.

“It could be any one of us at any time coming in, needing help or support,” Walker said. “Especially now.”

Youth anywhere in the U.S., including those who age out, traditionally have two paths to pursue at age 18 or 19: either find employment and start earning a living, or pursue a degree or trade. Project Everlast provides career guidance, but they will not try to persuade a person from choosing one path over another.

“They’re the ones who drive the ship,” Walker said.

One program that aims to help those who have aged out is the Bridge to Independence program. The program became law in 2013 as part of the Young Adult Bridge to Independence Act (LB 216) and was introduced by former State Senator Amanda McGill Johnson. The program appoints a case worker, provides health care coverage (if the person is eligible for Medicaid or any protections under the Affordable Care Act) and a monthly stipend for those aged 19-21. Sarah Helvey, child welfare director at Nebraska Appleseed, a nonprofit organization that fights for justice and opportunity for all Nebraskans, said the Bridge to Independence program essentially extends foster care for those youth who have aged out of the system for another two years.

“It helps them transition from the foster care system to adulthood when they don’t have the same kind of family and support to fall back on,” Helvey said.

During this past legislative session, State Senator Patty Pansing Brooks proposed to extend the benefits of the Bridge to Independence program to also include Native American youth in foster care who have reached age 18, as, under tribal law, many tribes consider 18 the age of majority, although it is one year younger than state law. The bill, LB848, was passed in the legislature and was signed by Governor Pete Ricketts in July.

In order to take advantage of the benefits provided by Bridge to Independence, a youth has to fulfill a work or education requirement. The work requirement mandates that a person must either be working at a job at least 80 hours a month or show that they are actively applying for jobs, undergoing training, or volunteering. The educational requirement necessitates that a person show they are finishing high school or enrolled in some sort of post-secondary educational program, including technical school. Helvey said there are some exceptions for medical-related issues.

In addition to fulfilling the job or educational requirement, youth are required to meet monthly with their case worker.

“It’s [Nebraska] Appleseed’s position that [Bridge to Independence] should be available regardless of immigration status,” Helvey said.

The Nebraska Foster Care Review Office requires all youth ages 14-18 in foster care to take an independent living assessment (or Ansell Casey Assessment) to determine their strengths, needs, and what skills are still needed to enter adulthood. According to its 2020 report, only about 20% of these assessments were completed; roughly 38% of the assessments were not completed. A little more than 33% were identified as “unable to determine,” meaning there was insufficient documentation to determine whether the assessment was completed for a youth. This number was significantly higher than 2019’s number of 32%.

If the independent living assessment determines what life skills a youth needs, the Transitional Living Plan is what is supposed to set the youth up to enter the uncertain world of adulthood. The Department of Health and Human Services’ Division of Children and Family Services lays out at least 15 key topics to address for a youth entering adulthood. These include education, housing, financial education (educating a person about credit cards and opening a bank account), and securing health care.

Jennifer Carter became the new Inspector General for Child Welfare in September 2020. The office was established to provide accountability and transparency in the child welfare system. She obtained her law degree at Boston University, but moved to Nebraska in 2003. Carter said programs like the Bridge to Independence program teach youth skills that people from a stable family household may take for granted.

“Sometimes we don’t even think about all that we’ve been taught,” Carter said. “How to write a check. How to open a bank account. What does it mean to have a lease? Do you have health care? All of those things that I think sometimes get naturally taught in families…these youth don’t necessarily have that.” 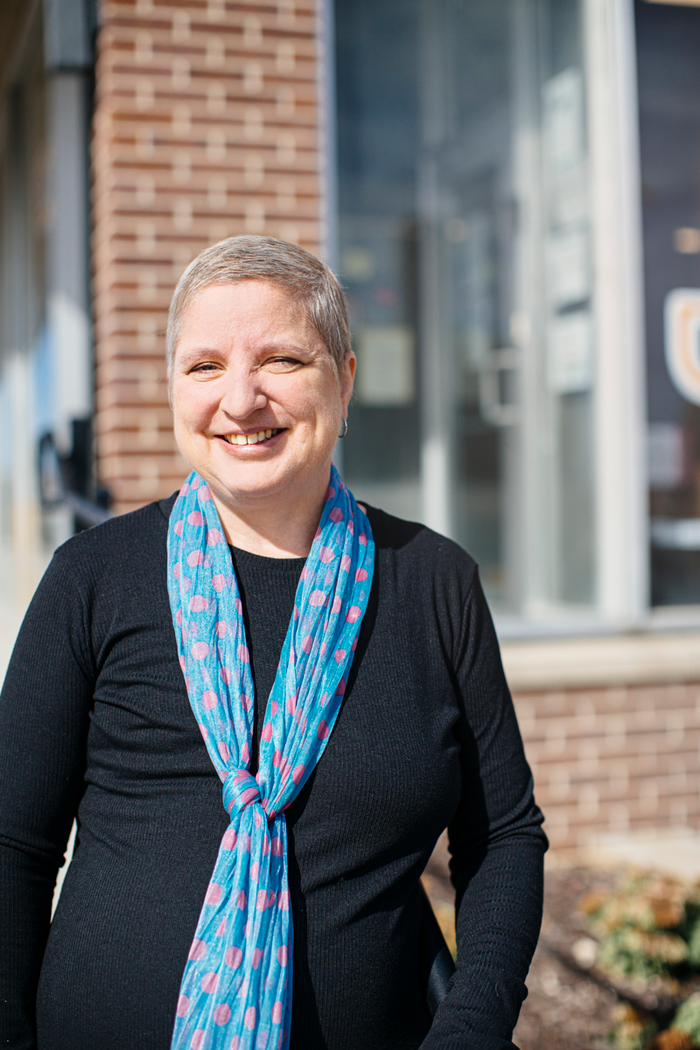