Colonial Revival Gets an Update Brent and Emily Beller were casually looking for a Dundee area home in 2016 to fit a growing family. A residence at 52nd and Cuming streets, with its red brick, classical columns, and lions guarding the central front entry, was back on the market and caught their eye.

“We stumbled into an open house and it went on from there,” Emily Beller said.

Initially, upon purchasing the 1921 Colonial Revival style home, the Bellers didn’t add anything but paint.

“After living there for a year, we found some things we could change,” Emily said.

Interior designer Carrie Derrick introduced the Bellers to Jared Gerber of Gerber Architecture PC. He met with the homeowners to create their wish list: a remodel of the kitchen, laundry room, and master suite, and an addition.

“What I try to do with addition is to make it look like it was always a part of the house,” Gerber said. “We live so differently now than we did back then,” Gerber said. “The kitchen is a different area...it was used as a utilitarian room. Now, because we entertain in our kitchen, we want it to look nice as the rest of the house.”

Gerber raised a section of the kitchen ceiling an inch to match the height of the first floor and opened the wall to the dining room. A mudroom replaced the laundry room, which was relocated upstairs, and outside, a covered back entrance, new patio, and a balcony extension were added.

“Jared was phenomenal to work with and he brought about the big ideas,” Emily said.

During construction, Gerber uncovered heating pipes from the still-functioning boiler between the kitchen and dining wall, relocating them to smaller walls. Adding height to the kitchen cut into the balcony, which was covered by a built-in bench and planters.

“I’ve worked remodeling old houses enough to know you have to be flexible,” Gerber said.

Upstairs, a former summer bedroom [typically used during hot months before air-conditioning] was converted to the sleeping quarters of the master suite with an added walk-in closet and expanded bathroom. The existing closet was preserved but gave access to another bedroom.
“We didn’t throw anything away,” Brent Beller said of shelving, fixtures, and other materials torn out during remodeling. “We reused it.” During much of the six-month project the Bellers lived with Brent’s parents.

Brent offered this piece of advice:  “Just from the get-go, start prepping yourself mentally. Don’t rush anything, because it is your home, and a couple of months in the grand scheme of bringing up your family isn’t long.”

“Especially now with a big transition—people moving back to the midtown and inner city area—you want to make [people] feel comfortable,” Gerber said.

Inside the home, the Bellers worked with Derrick and Jacque Christensen, owners of Jacque Christensen Design, to enhance the art deco style with bronze fixtures and kitchen lighting inspired by Dundee’s street lamps.

“We wanted it to look historic…to look like it went with the house,” Emily said.

Brent considers the family to be caretakers of the property, sacrificing some conveniences out of respect and love of older homes. 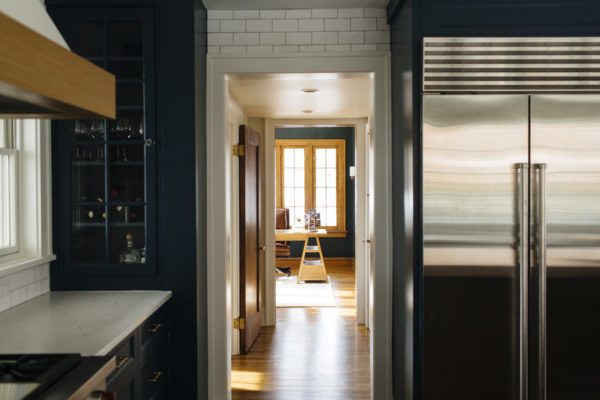 The Bellers and Gerber agree on the benefits of historic houses—location and details.

“There is so much more craft that went into the house itself,” Gerber said.

While the charm of the home may be original, the Bellers are enjoying its functional additions.

“There isn’t one thing we did that we regretted doing,” Emily said. “That’s a good feeling.” 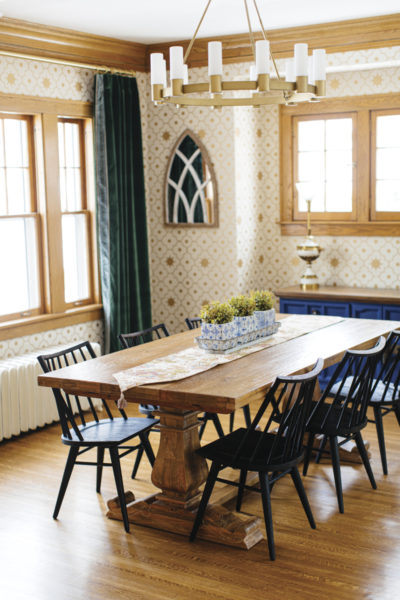